The Scoop! biographical dictionary covers the period in newspaper and media history when the modern newspaper began to emerge and mirrors the development of the newspaper as the first mass communication medium. It also embraces the beginnings of radio and newsreel journalism.

The men and women in the Scoop! biographical dictionary of journalists are British or Irish journalists who died between 1800 and 1960. Also included are a small number of journalists who, although not born in Britain or Ireland, spent a significant proportion of their career in these islands. 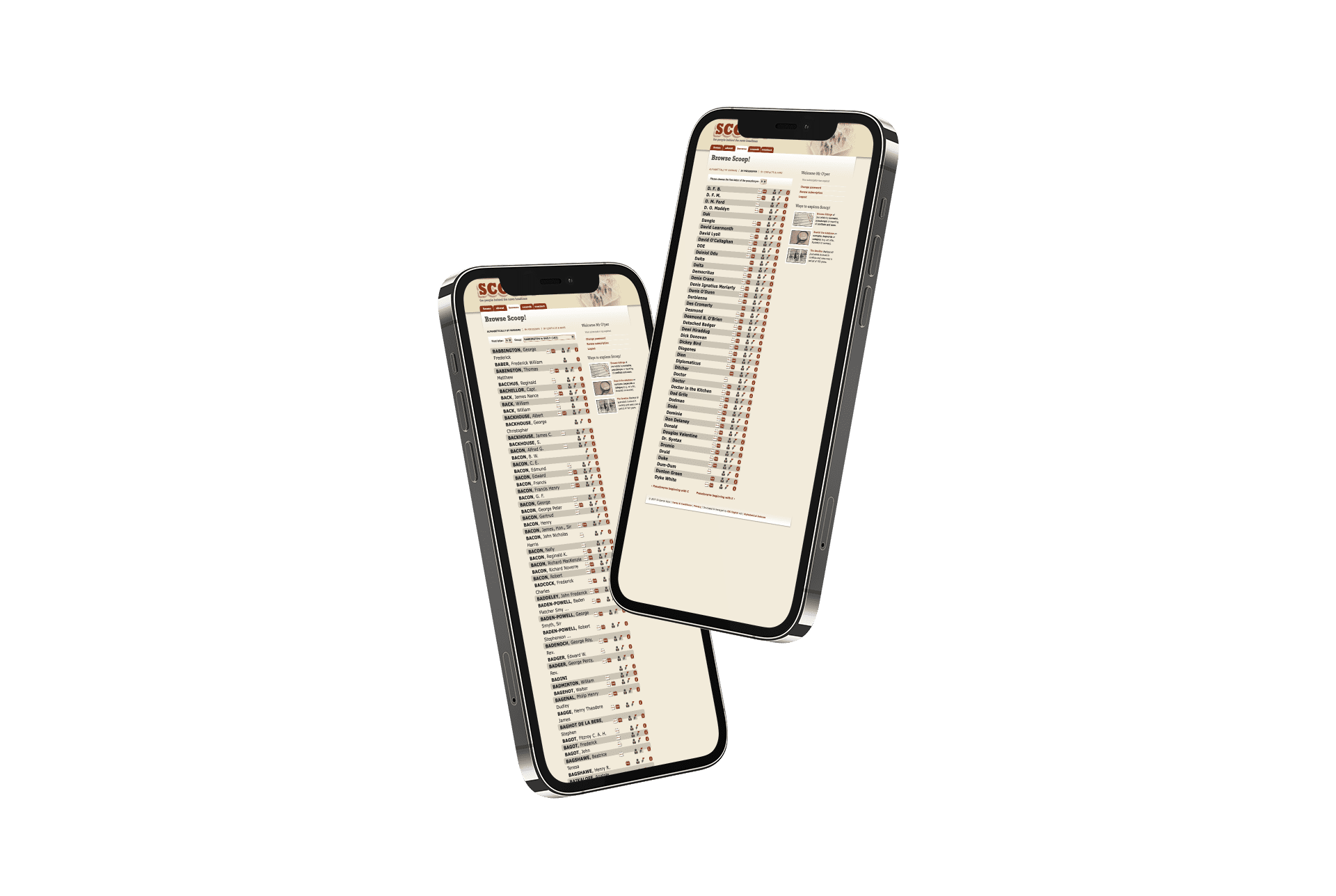 Create an online biographical dictionary of over 24,000 British and Irish print (eg newspaper) journalists between 1800 and 1960. 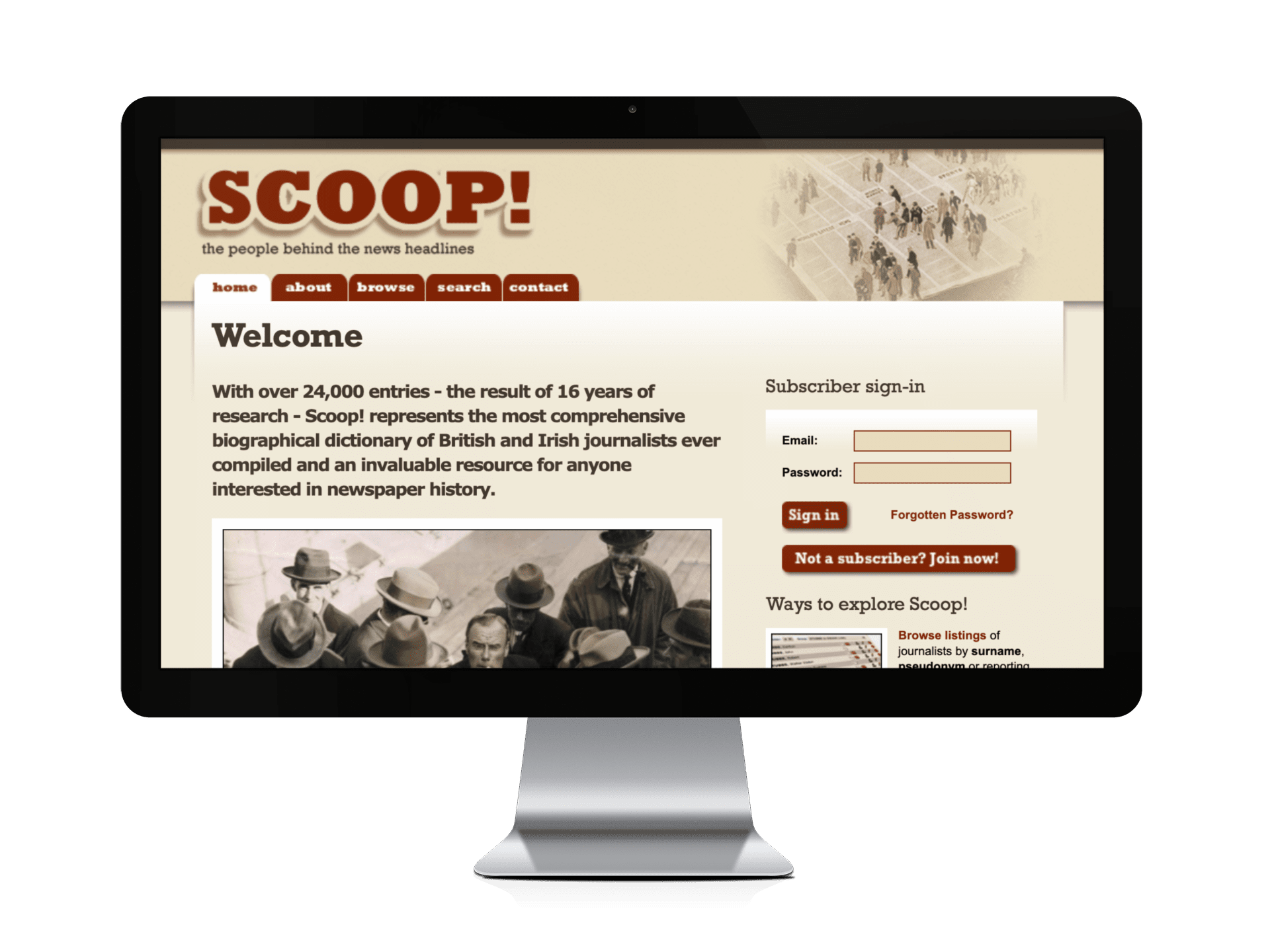 A biographical dictionary is a firmly established and well-respected form of indexing social data – a bit like an encyclopedia. For Scoop, we created a site that enabled people to search in a number of ways. 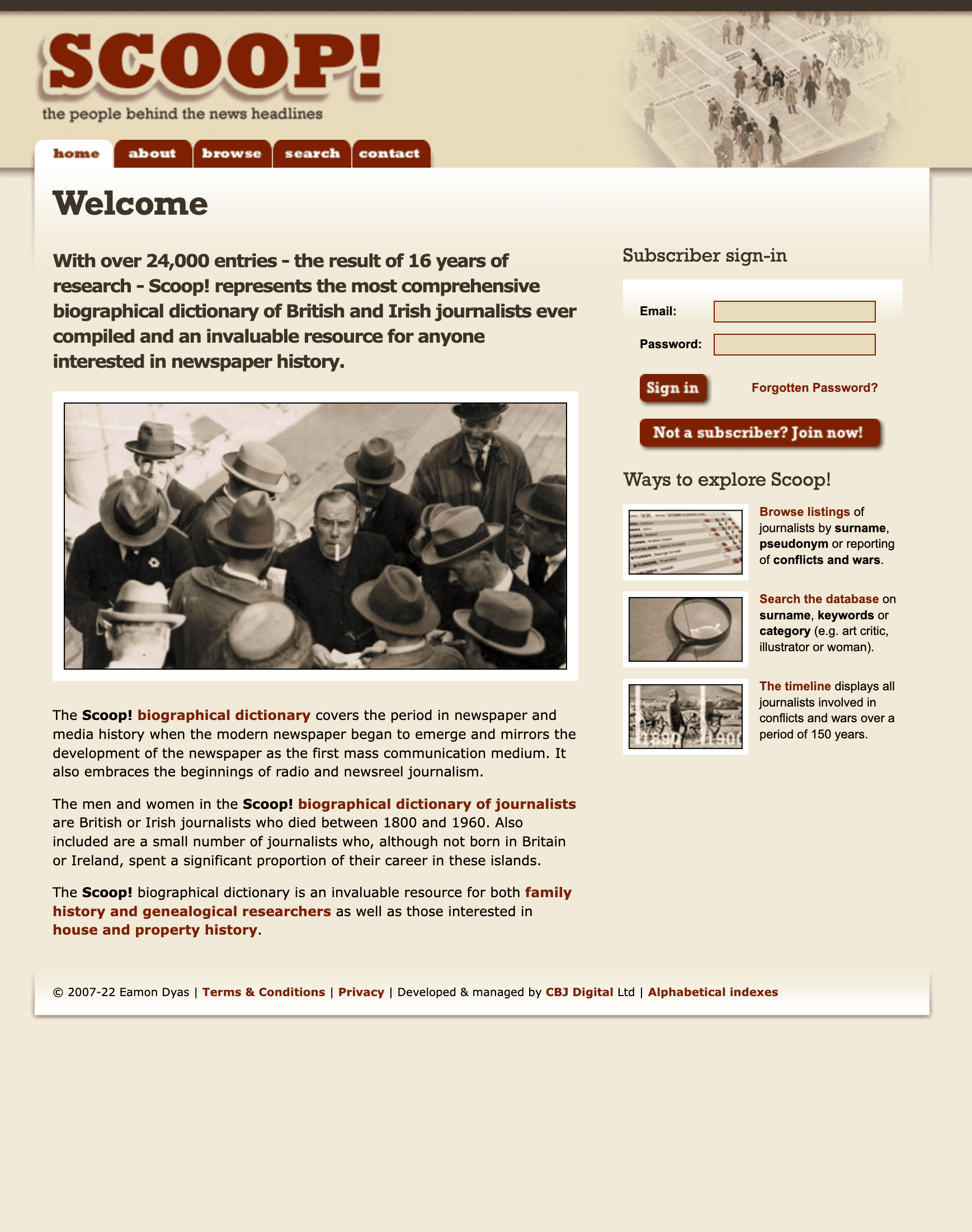 See more of our work

Our highly skilled team of developers have on many different projects over more than 25 years bringing them to life, fulfilling the vision as well as the functionality to deliver the expected results. We are proud of every one of them and below are some examples of what we have achieved.